The Ivo-03 coffee table was designed by Asymptote Architecture for the British manufacturer Meta. According to its designers Hani Rachid and Lise Anne Couture the coffee table is pure applied geometry.

Ivo-03’s tabletop is made of curved glass that balances on top of a wavy base. The base is made of a solid piece of 5 tonne high resistance steel that gets machined very carefully into its final shape. The method of machining took several attempts to perfect with additional tooling and programming needed to avoid the chattering effect during cutting. From start of the project to a completed base took 12 weeks.

The sculpted base surface, which is covered by over 2,000 polyhedral diamond shaped modules, is the most impressive aspect of the Ivo-03 table. With the aid of a mathematical algorithm, these modules were mapped. One will find from a closer distance that each angle is different, even though they look identical. It took 300 hours for just the final polishing of the material, as the angular surface varies with each angle hand polished individually. The outcome is, in the end, impeccable and unifying.

Unfortunately, the table is not made for mass production only to order. 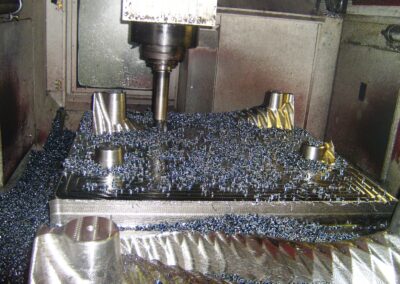 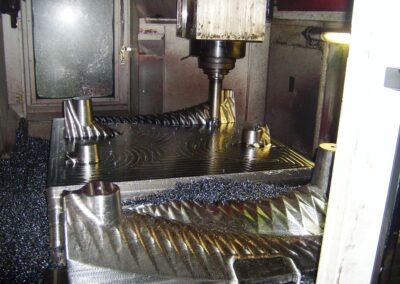 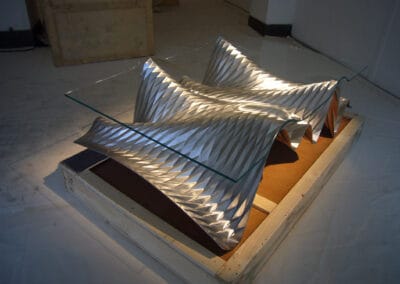 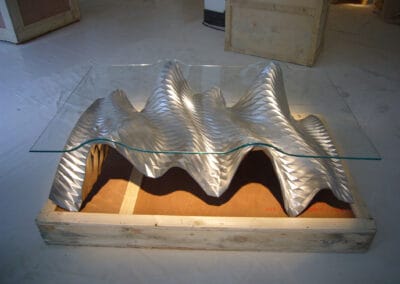 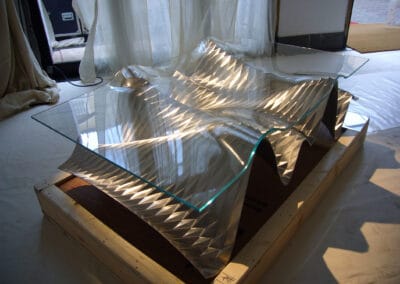 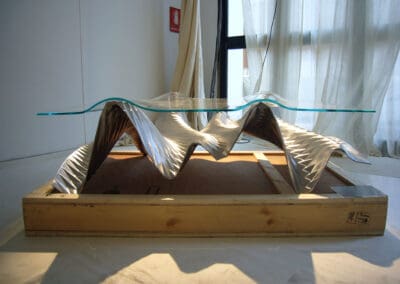 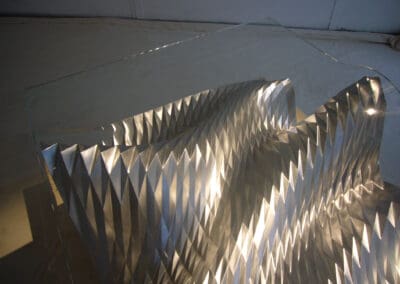 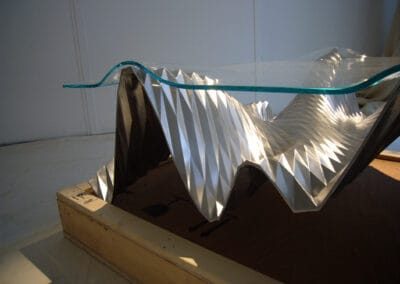 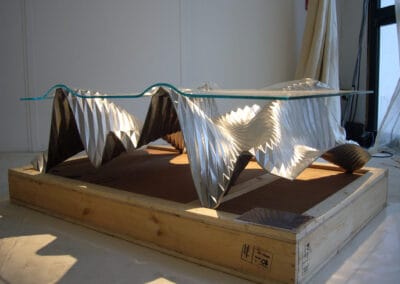 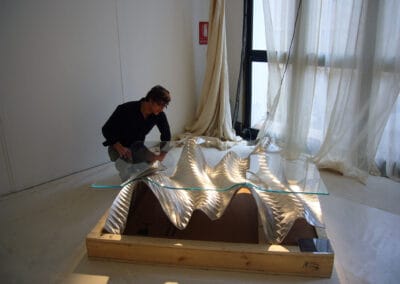